The EU Commission on 12 December 2019 announced, in its growth strategy The European Green Deal, that the Industrial Emissions Directive shall be revised to make it fully consistent with climate, energy and circular Economy policies. The Commission will also consider the sectoral scope of the legislation, whether for example mining should be included. The revision will take place during the period 2020–2023.

Below, our general viewpoints appear in summarised form. These will then be supplemented with further details during the review process.

For the revision of the IED, an impact assessment was commenced in March 2020, with a short consultation process in which 155 responses were received. Jernkontoret also submitted its position.

In the spring of 2021, Jernkontoret submitted comments on the European Commission's two consultations on the revision of the Industrial Emissions Directive (IED), one open consultation and one more comprehensive consultation, the Targeted Stakeholder Survey.

Some key positions in respect of the revision process

Estimated schedule for the revision and the new Directive

Within the framework of the IED legislation, so-called BREFs (BAT Reference Documents) are produced. These describe what are considered to be the Best Available Techniques at the different process stages. Under direction of the IPPC Bureau in Seville, BREFs are produced within technical working groups with the participation of industry, member states and NGOs. The work on a BREF often takes many years and results in a comprehensive document with detailed descriptions for all, or parts of, an industrial process. According to a preamble in IED, each BREF document is to be revised approximately every eight years, which has not yet occurred for any BREF document.

In addition to the BREF for iron and steel production and supplemental BAT Conclusions, the steel industry must comply with up to ten other BREFs of which are vertical (sectoral) in character and others horizontal (applies to all IED installations). The BREF for the processing of steel applies to most Swedish steel companies. Furthermore, only one company have large combustion plants, but for surface treatments and the production of different chemicals there are many BREFs. The horizontal BREFs on cooling, energy efficiency and measuring are also important to monitor.

Two systems that Swedish companies must deal with

To make the implementation of the IED in Sweden as simple as possible, and guarantee that all Sweden’s 1 300 plants, in the longer term, comply with the BAT-AELs in BAT Conclusions, these values were introduced as general binding rules. This means that companies now have two separate systems to deal with:

In the longer term, one must look at the balance between the requirements in IED (EU law) and what shall be regulated in court. What is already regulated in BATC must not be part of the permit set in court to reduce unnecessary regulatory burden and create a level playing field with European steel companies.

BREF: BAT-REFerence document. Describes what is considered to be the best available techniques for a sector or part of a sector.

BAT-Conclusions (BATC): Chapter in BREF. Describes BAT and associated emission levels (BAT-AELs) for different activities under IED. Translated into all the EU languages. 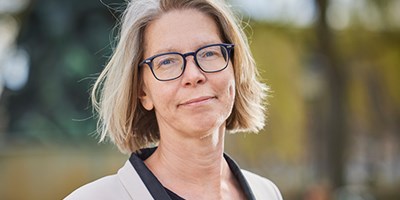