The steel production processes take place at very high temperatures and involve a number of different raw materials of which a certain number are fine-grained. The processes require large amounts of air for ventilation. Emissions to air have therefore been an important environmental issue that the steel industry has been working on ever since the 1960’s.

Sulphur oxides (SOx) are formed during combustion of oil, above all, and during coke production. Low-sulphur fuels and coke oven gas cleaning nowadays result in low sulphur dioxide emissions.

Dust is above all formed in blast furnaces and steel furnaces and to a lesser extent in hot rolling and other metal working processes. The dust is captured via the ventilation and is taken care of with the aid of filters. It contains metals and alloys which were added to the molten steel. The metal containing steel is thereby recycled for utilisation again in the steel melting process.

Dioxins can be formed during the melting of metal scrap. The formation of dioxins is affected e.g. by how processes are controlled.  A certain amount of dioxins is collected together with the dust from the steel production. The measuring of dioxins is complicated and uncertain since very low contents are involved.

Mercury may also be found in small amounts in scrap used as raw material. The mercury evaporates to air during the melting of steel. A certain amount is collected with the dust from the steel production. Generally, the amount of mercury in scrap is very low. Today there is no efficient sorting method for separating the small amount of mercury contaminated scrap from the rest, although the steel companies carry out tests. To clean the emissions when it comes to such high gas flow rates would be economically disproportionate.

Essential legislation and its impact on the steel industry

Linked to the IED, there is the BREF document (BAT Reference document) that describes the best available techniques for different processes, and the emission levels to water and air that it is desired to attain on application of BAT (Best Available Techniques). With the introduction of the Industrial Emissions Directive, these values become binding values as described in the BAT conclusions (documents with information on the emission levels associated with the Best Available Techniques) and shall be present in the steel companies’ permits four years after a BAT conclusion is adopted and published in the Official Journal within the EU.

For the steel industry, there is a BAT conclusion covering the production of iron and steel where, for example, airborne emissions are regulated. The requirements in this case are incorporated in Swedish legislation through the Industrial Emission Regulation (IUF). This specifies when and how BAT conclusions shall be complied with.

To protect people’s health and the environment, standards have been laid down for air quality in the Air Quality Directive. The directive contains limits and target values for a number of important pollutants. The standards stipulate what is the least acceptable air quality practically possible to achieve, to protect people’s health and the environment. The EU regulations in Sweden are incorporated in an ordinance with environmental standards (MKN) for ambient air quality, the Air Quality Ordinance (2010:477).

The National Emission Ceilings Directive from 2001 was revised in 2016. It's one of the EU’s most important directives for cutting emissions of airborne pollutants. The directive includes targets for

In the first ceilings directive each country was assigned a national emissions ceiling for the four pollutants i.e. sulphur dioxide, nitrogen dioxides, ammonia and volatile organic compounds (VOC) to reach in 2010. Sulphur dioxides cause acidification, whereas nitrogen oxides and ammonia contribute to acidification and eutrophification. Nitrogen oxides and volatile organic compounds contribute together to the formation of ground-level ozone.

In the revised ceilings directive from 2016 new target levels for the years 2020 and 2030 have been set. It also applies to fine particles (PM2,5) as pollutants. Fine particles affect health, primarily in urban areas. National Air Pollution Control Programmes are required from the member states and reporting obligations for projections and results are introduced in the new directive. The Swedish Environmental Protection Agency will present a proposal for implementation of the directive in Sweden by December 2017.

In the EU directive for medium combustion plants, the MCP directive, the European Commission stipulated limit values for airborne emissions of sulphur dioxides, nitrogen oxides and dust from combustion plants ranging from 1 MW up to 50 MW.

The directive excludes the heating furnaces of the steel industry and stipulates limit values for sulphur dioxides from blast furnaces and coke ovens. The directive is expected to be implemented in Swedish law by the end of the year 2017. 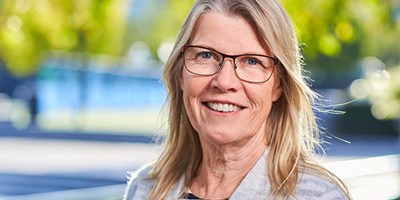 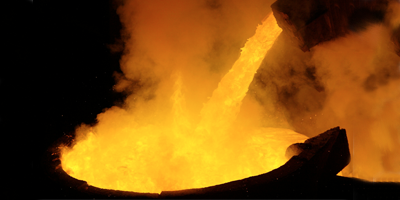