Jernkontoret’s structure is that of a body governed by public law with private co-ownership. This ownership is not tied to persons or even companies, but to each iron- and steelworks. Jernkontoret has been owned, ever since 1747, by the plants that carry out, or have carried out, iron and steel production. Each co-owner pays a symbolic fee called Jernkontorsdalern.

Jernkontoret is constituted under the Jernkontoret Regulation (Reglemente för Jernkontoret), most recently renewed by the King in Council of State in 1929, and through the Byelaws for loan operations and administrative affairs (Stadgar för lånerörelse samt övrig förvaltning).

Just over 180 iron- and steelworks are numbered amongst the co-owners of Jernkontoret. However, the majority of these are, in fact, inactive. Today, operations directly connected to the steel industry are carried on at some twenty or so sites in Sweden. These active companies pay, in addition to the symbolic Jernkontorsdalern, an annual service fee that finances roughly half of Jernkontoret’s operations. The companies concerned are principally steel companies with plants in Sweden where iron or steel is produced or processed.

There are also stakeholders in Jernkontoret. These are companies that are not co-owners but nevertheless wish to make use of Jernkontoret’s wide range of services in some form or other.

The Society of Ironmasters

The Society of Ironmasters (Brukssocieteten) consists of the representatives of the co-owners and members of Jernkontoret’s Council. Its Annual General Meeting corresponds to that of the Annual Shareholders’ Meeting in a joint-stock company.
Read more about co-owners and stakeholders. 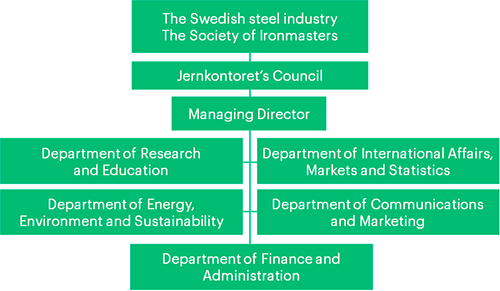 Jernkontoret's Group Management consists of the Managing Director and the Heads of Depatment. The group generally meets twice a month.
More information about the group members and contact deatails.

Who does what at Jernkontoret? 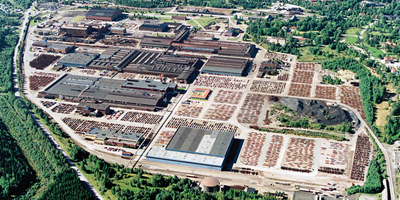 The co-ownership in Jernkontoret is linked to the iron and steel plants themselves. A company can also become a stakeholder.